Up for a little adventure, I knew almost nothing about Belize, before I headed there for a last minute escape...

Anyone who knows me at all is aware of my love for travel and my unpredictable spontaneity. I recently made a last-minute adventure to Belize with my friend Nikki, who was headed that way for scuba diving.

I joined her on her Delta flights as best I could and we arrived in Belize City at the same time, to board the tiniest Tropic Air plane to San Pedro (yes, the same island from the Madonna song ‘La Isla Bonita’), on Ambergris Caye. The puddle jumper plane ride took only 15 minutes, and hallelujah! The clouds cleared just as we arrived!

The Belizean people from start to finish are incredibly friendly. Everyone offers assistance and greets you with a smiling hello or a heartfelt compliment. Laughter and smiles abound on this remote little island. Absolutely everyone speaks English, Spanish and other local dialects, so it’s really easy to get around.

Home-from-home for the time we were there, with a large terrace and an amazing sea view, was the boutique hotel Caye Casa, right on the beach, with its own little dock - a perfect spot to sunbathe and watch eagle rays glide by underwater.

You don’t need to venture far for snorkeling, but you can organize any trips to the most populous reefs through any tour operator on the island. Think turtles, sharks (no they don’t bite unless provoked, so I’m told!), tropical fish and rays... Prices are more or less the same everywhere.

It’s quite the tropical paradise both on land and under the waves, making it quite the draw for scuba divers from around the world. My friend had organized a few dive days, including a day trip to the Great Blue Hole (made famous by Jacques Cousteau), with its stalactites and stalagmites about 40m down. She had a blast visiting among others the Lighthouse Reef and Half Moon Caye, with Amigos Del Mar.

Above image courtesy of www.travelbelize.org

There are no cars on this island, so everyone cruises around on golf carts! Bar-hopping takes on a whole new experience (with a designated driver!).

Some of the highlights included: Crazy Canucks with their live music and killer cocktails; Palapa Bar & Grill for happy hour drinks and light bites over the water; and the traditional Belizean cuisine restaurant Elvi’s Kitchen with its sandy floor and tiki hut feel.

Bar and restaurant hopping in Belize, I also discovered Belize’s love affair with hot sauce (try Marie Sharp’s – my favorite!) and the incredibly smooth 5 Barrel Reserve Belizean rum – drink it neat and sip it slowly. It’s made of freshly cut sugar cane and distilled for 5 years in aged oak casks, and tastes of butterscotch, caramel and heaven...

The Bliss of a Resort At One With Nature 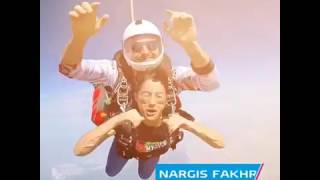 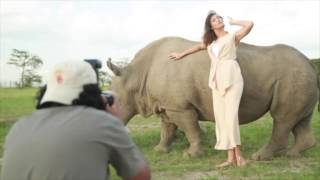 Up Close in Kenya

The Bliss of a Resort At One With Nature